(An update to this article was added on 18 November.)  Following the attacks in Paris on the weekend, there is little doubt that we – along with most of the rest of the Western world – are at war with ISIL. And at the risk of stating the obvious, the key to winning any war is knowing who the enemy is and

END_OF_DOCUMENT_TOKEN_TO_BE_REPLACED

You can’t fight an ideological war by shutting physical borders

As news came out yesterday evening that a Syrian refugee passport was found next to one of the terrorists in the Paris attacks on Friday, predictably the media pounced, and all the right wing refugee-demonisers came out in force. Our very own stop-the-boats-fetishest, Tony Abbott,  spoke with his media team – the Daily Terrorgraph, sorry Daily Telegraph – who today published

END_OF_DOCUMENT_TOKEN_TO_BE_REPLACED

Top 5 signs your country’s refugee policy is a disaster

Australia’s Minister for Saying-We’ve-Stopped-the-Boats – one Mr Peter ‘PDuddy’ Dutton – was out and about this morning defending what he and his government believe is the best and most successful immigration policy EVER. I decided to check out PDuddy’s claim against the following officialesque list… The Top 5 signs your Refugee Policy is a disaster Number Five: Refugees would rather

END_OF_DOCUMENT_TOKEN_TO_BE_REPLACED

Nauru: What do bird poop, the Russian Mafia and Australia’s refugee policy have in common?

Nauru was described by The Economist in 2001 as a hotbed of incompetence – as “Paradise Lost…..an enormous moth-eaten fedora: a ghastly grey mound of rock surrounded by a narrow green brim of vegetation“. That same year, Nauru became a cornerstone of one of the LNP’s favourite policies – their refugee policy. In the heady days of the Abbott PMship, barely a day went

END_OF_DOCUMENT_TOKEN_TO_BE_REPLACED

Hypothetical: What would you do if…..? (Part One)

Geoffrey Robertson’s recent appearance on Q and A reminded me of the value of considering a situation through the eyes of another via a hypothetical situation… Here’s one to have a go at by: Reading the Hypothetical (and extremely fictional) story. Considering the three options. Checking out the ‘Things to consider’ section. And then…. Voting for the option you would choose if you were

END_OF_DOCUMENT_TOKEN_TO_BE_REPLACED 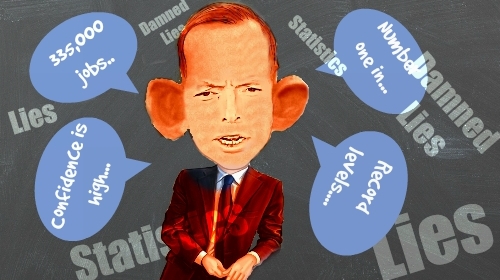 END_OF_DOCUMENT_TOKEN_TO_BE_REPLACED

No place to put your feet

It’s something we take for granted isn’t it? That each of us has a country – a place to put our feet – on a planet where 71% of the surface is covered by ocean. Like having air to breathe, we assume that having somewhere to stand, to walk – is a basic right of existence. Our bodies aren’t exactly ocean-friendly – not for

END_OF_DOCUMENT_TOKEN_TO_BE_REPLACED

Use of Force Bill – first secrecy, now the power to use deadly force

As most people know, laws came into effect on 1 July this year making it a crime for an ‘entrusted person’ – such as a doctor – to talk to the press about what’s going on in detention centres like Nauru or Manus Island, with a threat of two years imprisonment if they do. Having put up a shroud of secrecy